Meet the Board of Directors

A talented brain trust innovating the future of community banking

Meet FCSB’s Chairman & Board of Directors

About Our Chairman- On April 5, 1999, Joseph Pistilli chartered and opened the first FCSB branch in the beautiful Whitestone neighborhood of Queens, NY and it was the first new savings bank organized in New York State in excess of 20 years at that time. During his tenure as 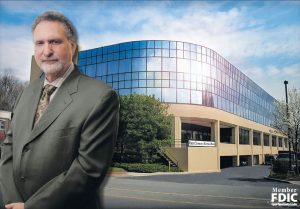 Joseph Pistilli founded Pistilli Realty Group in 1975 where he currently serves as the Chief Executive Officer and is actively involved in the development, ownership, and management of professional, commercial, and residential real estate property in the New York metropolitan area. Mr. Pistilli is also a co-founder of Pistilli Construction and Development, a company that proudly developed several award-winning structures. Among some of its highlights, it has constructed the office building which serves as headquarters for Pistilli and was awarded First Prize for Excellence by the Queens County Chamber of Commerce in December 1998.

From time to time, we provide links to other websites for the use of our visitors, which have been compiled from internal and external sources. By clicking “Continue” below, you will be opening a new browser window and leaving our website. Although we have reviewed the website prior to creating the link, we are not responsible for the content of the sites.

Information on linked website pages may become dated or change without notice, and we do not represent or warrant that information contained on these linked pages are complete or accurate. We suggest that you always verify information obtained from linked websites before you act upon such information.

The privacy policy of this bank does not apply to the website you visit. We suggest that you always verify information obtained from linked websites before you act upon such information.

You are about to be redirected to your default email client. Regular e-mail is not necessarily secure against interception. If your communication is very sensitive or includes personal information such as your account numbers, credit card number, or social security number—you may want to call us, or send it through the U.S. Post Office instead.