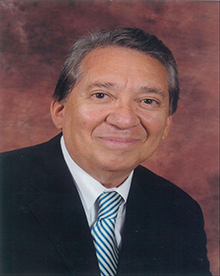 George Pombar has 30 years of experience as a Compliance professional. He joined FCSB in July 2018.

Mr. Pombar spent over 25 years at Citigroup acting in many roles throughout his career in Operations, Compliance & Controls, New Product Development and Private Banking. He  spent seven years in Spain and Italy as a member of Citigroup’s executive Committee directing new Bank acquisitions and as a Director of Operations and Compliance. When returning to the states George became the Deputy Chief Compliance Officer for Citigroup’s Private Banking, later acting on the same role at Israel Discount Bank and M.Y Safra Bank.

During the past seven years George was the Chief Compliance Officer at Abacus Federal Savings Bank where he successfully addressed a Cease & Desist Order. During his past three years at Abacus he became their Chief Operating Officer responsible for several areas of their operations.

You are about to be redirected to your default email client. Regular e-mail is not necessarily secure against interception. If your communication is very sensitive or includes personal information such as your account numbers, credit card number, or social security number—you may want to call us, or send it through the U.S. Post Office instead.